Our family and staff have years of experience caring for families, from all walks of life. Each family comes to us because they know we are leaders in our profession, dedicated to excellence in service, and have the highest integrity.

When we counsel with a family, we have just one goal: to create a fitting, memorable and affordable service for their loved one. Together, we explore the wide variety of services and products available, as well as a wealth of creative ideas and suggestions.

Together, we'll design a memorial or funeral service that suits their needs now, and in the future. Families who come to us know that years from now, they will have deep peace-of-mind because in coming to us, they've done their best to honor their loved one. 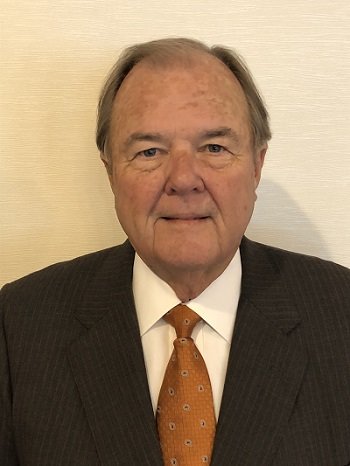 David is a lifelong resident of the Mississippi Gulf Coast. He is a licensed funeral professional with 45 years of experience in funeral service.

He is a past president of the Mississippi Funeral Directors Association and the International Order of the Golden Rule, an international association of funeral homes. David is also past chairman of the Home Service Life Insurers Council of Mississippi.

Mr. Riemann has served in numerous leadership roles, professionally and along the Gulf Coast. He is the current Chairman and owner of Riemann Family Funeral Homes.

In his spare time David enjoys spending time with family and friends, traveling, and working in the yard.

David Chadwick “Chad” Riemann serves as President and owner of Riemann Family Funeral Homes, Inc. and its subsidiaries. He is married to the former Heather Donnelly of Meridian and has three children, Sadie and John David Riemann (twins) and Emma Riemann. He is a graduate of Gulfport High School and Mississippi State University.

Chad is a fourth generation licensed funeral director and served as Past President of the Mississippi Funeral Director’s Association and was Mississippi Funeral Director of the Year in 2005-2006. Chad also served as Senior Warden of the Vestry and member of the pastor Search Committee at St. Mark’s Episcopal Church in Gulfport where he and his family are members. He is a Board Member of Feed My Sheep, the Biloxi Bay Chamber of Commerce, and the Reveler’s Carnival Organization. He is a former Board Member for the South Mississippi Soccer Club, the Greater Biloxi Economic Development Foundation, and the D’Iberville Boys and Girls Club.

Chad believes that spending time with family is most important. He has a passion for cooking on The Big Green Egg, cars, boating, football, fishing, hunting, and spending time outdoors with family and friends.

Mike is a lifelong resident of the Mississippi Gulf Coast. He is a 3rd Generation licensed funeral professional with over 40 years of experience in funeral service and preplanning.

He currently manages the Preplanning Division of Riemann Family Funeral Homes, which is one of the most successful Preplanning Departments in the country, and Riemann Monument Company, Inc.

Mike is member of First United Methodist Church in Gulfport. He enjoys spending time with family and friends, playing tennis, boating, and traveling. He is married to Cindy Riemann, and they have two children, Jeff and Jennifer, and two grandchildren, Mary Katherine and Jackson.

Addison was born in Gulfport, MS. He attended Gulfport High School and received his Bachelor of Science Degree in Finance from Auburn University.

After several years of financial advising, Addison, a fourth generation Riemann, decided to join his father, David; uncle, Mike; and brother, Chad, in the family business.  In addition to his operational duties, Addison is a licensed prearrangement counselor and enjoys helping families design personalized monuments.

Addison currently serves as a Board Member of the Biloxi Bay Chamber of Commerce, and member of Gulf Coast Carnival Association and Reveler's Carnival Organization.

In his free time, Addison enjoys golfing, boating, and spending time with family and friends.

Jason D. Green is a lifelong native of the MS Gulf Coast. He has an AAS Degree in Funeral Service Education from East Mississippi Community College. He also has a Bachelor of Science in Business from Livingston University (now the Univ. of West Alabama).

Jason has been employed with Riemann Family Funeral Homes over 28 years. Jason is an active member of St. Thomas Catholic Church in Long Beach and is a member of several social and professional organizations.

David has proudly served on staff in churches in Bay St. Louis, Jackson, Meridian and Gulfport. He has been an employee of Riemann Family Funeral Homes since November of 1999.

He is married to the former Gina Murphy of Ocean Springs and has twin daughters, Carey Gunn of Colorado Springs, CO and Jordyn Fletcher (Brandon) of D'Iberville, MS. He is a member of Venture Church in Gulfport.

Tom was born in Hammond, IN. He is a graduate of East Mississippi Community College.

Tom has been an employee of Riemann Family Funeral Homes since July of 2008. He has been a funeral director and embalmer for 17 years. Tom is a member of The International Order of Moose Lodge. He is also a graduate of the Chickasaw Leadership Program.

He is the father of three boys and Baptist by faith. In his spare time, Tom enjoys spending time with family and friends and traveling.

Jim Hudson is a native of West Point, MS and has recently moved to the coast to join the team of professionals at Riemann Family Funeral Home. Jim is a graduate of West Point High School and Gupton-Jones College of Funeral Service in Atlanta, GA. Following graduation, Jim returned to his hometown of West Point and joined various organizations in the Golden Triangle area.

Jim enjoys running, traveling, and spending time with his family.

Allison is a resident of Gulfport, MS. She graduated from Mississippi Gulf Coast Community College, where she received her Associate's Degree in Mortuary Science. She began her apprenticeship with Riemann Family Funeral Homes in April 2015.

Jamie was born in Pascagoula and is a lifelong resident of the Mississippi Gulf Coast. He is a licensed funeral director and embalmer and has been a part of the Riemann Team since 2015 and has worked full time in this field since 2013. In his free time Jamie enjoys spending time on the water and fishing.

Mr. Freeman was born in Gadsden, AL and has been a resident of the Mississippi Gulf Coast since 1993. He grew up in Las Vegas, NV where his family was in the funeral business for many years.

Mr. Freeman is a graduate of the University of Nevada at Las Vegas with a Bachelor of Arts degree in the Culinary Arts and trained with the Culinary Institute of America. He enjoys cooking for local charities and fundraisers.

He has been employed with Riemann Family Funeral Homes since May of 1999 where during some of those years he managed Floral Hills and Gulf Pines cemeteries for the company. He continues to serve families of the Gulf Coast with dedication and compassion.

Connie has been employed with Riemann Family Funeral Homes since 2005. She is the Company’s telephone receptionist at its Three Rivers Road location. Connie is a native and resident of Long Beach.

Cathy is a lifelong resident of Long Beach. She has been an administrator with Riemann Family Funeral Homes since 2012.

She is an active member of St. Thomas Catholic Church in Long Beach and enjoys spending time with family and friends.

Johnnie was born and raised in Biloxi, MS and a graduate of Biloxi High School.

She has been a resident of Jackson County for over 20 years having moved there after marrying the late Jimmie Fayard Sr.

She is the mother of 3 children, 2 step children and 3 grandchildren.

When not working, she enjoys cooking, reading, traveling and spending time with her family and friends.

Debbie was born in Gulfport and is a graduate of Gulfport High School. Including Mississippi, she has lived and worked in the states of Texas and Colorado.

She began her employment with Riemann Family Funeral Homes in 2012, and in 2014 became the administrator for the company’s pre-planning division.

In her spare time, Debbie enjoys shopping, gardening, cooking, and spending time with family and friends. 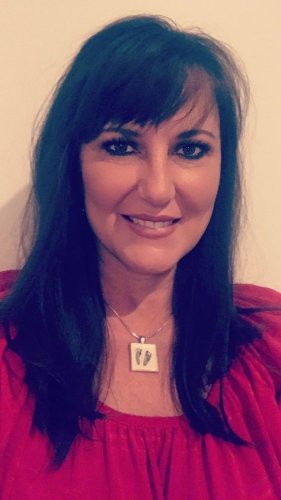 Donna W. Fox retired from Gulfport Police Department after 25 years.  She has been married to Al Fox for 43 years and together they raised 4 children.  Her favorite pastime is spending time with her 17 grandchildren. She is a member of Harvest Church in Gulfport.  After being retired for three years, she returned to work at Riemann Family Funeral Home in 2017.

Cemetery Set up and Monument Supervisor