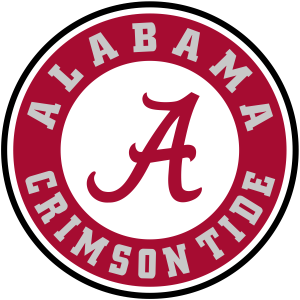 Steve grew up in Gulfport and graduated from Gulfport East High School in 1972 where he played point guard on the basketball team. He received his Civil Engineering degree from the University of Alabama in 1977 and was a passionate fan of the Crimson Tide Football team.  He was a member of the Delta Kappa Epsilon (DKE) fraternity while at Alabama and he remained close friends with many of his pledge brothers for over 40 years.  During his freshman year at Alabama, Steve developed an affinity for McDonald’s and visited there frequently after class.  Soon thereafter, his fraternity brothers nicknamed him “Big Mac.” He was friends with everyone and always had a big smile, firm handshake, and gave bone crushing bear hugs. Steve worked as an officer and Senior Executive at Roy Anderson Corp for over 20 years as the company did major construction projects throughout the Southeastern U.S. Steve enjoyed playing golf with his friends and he loved his family dearly.

He is preceded in death by his father, George Malcolm Brooks, Sr.; his mother, Mary Nell (Winstead) Brooks; his brother and sister-in-law, Mac and Becky Brooks; and his brother in law, Bob Patterson.

His beautiful life will be remembered and cherished by his loving wife, Caroline, his son Kendall, his daughter-in-law Anne, his precious granddaughter, Charlotte, and his beloved dog, Tucker. He is further survived by sisters Barbara Patterson, and Evelyn (Billy) Luke, parents-in-law Charles (Ann) Pringle, and brothers-in-law Dr. Charles (Anne) Pringle, Jr., and Rives (Shelley) Pringle, and many other dear family and friends.

Visitation will be held on Saturday, January 8, 2022, at Trinity United Methodist Church, Gulfport, from 12:30 pm until 2:00 pm.  Funeral services will follow at 2:00 pm, and burial will be at Floral Hills Memorial Gardens.

Riemann Family Funeral Home, Biloxi, is serving the family, and memories may be shared at www.riemannfamily.com .

In lieu of flowers, the family requests memorials be made to his long-time church home of Trinity United Methodist Church in Steve’s honor.

To send flowers to the family or plant a tree in memory of Robert "Steve" Brooks, please visit our floral store.