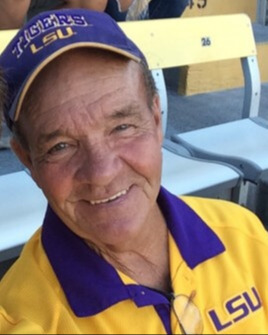 Ervin or Bill as he was affectionately called was born to Hugh and Ruth Arrington in Carrollton, MS in 1939. He later would relocate to the Gulf Coast to live in Long Beach, MS where he attended elementary and secondary schools. Bill later attended Mississippi Southern College. He left college to enlist in the U.S. Navy in 1957 to study Flight School. Bill became a U.S. Marine in 1959 where he proudly served and was honorably discharged in 1961. He would meet and marry Vennie in Gulfport, MS in 1962 and they would raise four children together: Vicki L. Walker (deceased), Thomas J. Walker, David M. Arrington and Nicole Arrington. The couple would have celebrated their sixty first anniversary on June 30, 2023.

In 1967, he moved to New Orleans and became employed by the Amoco Oil Corporation. William would also go on to finish his college degree at the University of New Orleans with a Bachelor’s in Business and Urban Planning. William later retired in 1995 as an Administrative Manager at the Amoco Research Center, in Tulsa Oklahoma with 33 years of service.

Bill loved to travel with his wife. He and Vennie went on numerous cruises together and toured the U.S. and Europe. He loved playing golf in his spare time with friends, coworkers, and family members. Bill enjoyed playing bingo on Caribbean Cruises and cherished making memories with his grandchildren. He taught many of them how to bait a hook, catch fish and how to drive a vehicle. Bill and Vennie cared deeply for their many grandchildren while babysitting and attending their extracurricular activities to celebrate their many interests. He celebrated often with his grandchildren attending their high school and college ceremonies. He also loved to accompany them on vacations while also actively participating in their care and much of the fun.

He also leaves behind 6 great grandchildren: Kristian Walker, Dantaye Walker, Romero Walker, Trinity Walker, Brooke Henkel and Noah Arrington. He will be missed by them all, as he was loved very much.

There will be a visitation from 1-2 pm for the family and friends of Mr. William E. Arrington at Riemann Family Funeral Home in Long Beach, MS, Sunday, January 29, 2023. There will be a graveside burial in Pass Christian at the Live Oak Cemetery and a reception to follow at the funeral home reception area.

To order memorial trees or send flowers to the family in memory of William Arrington, please visit our flower store.