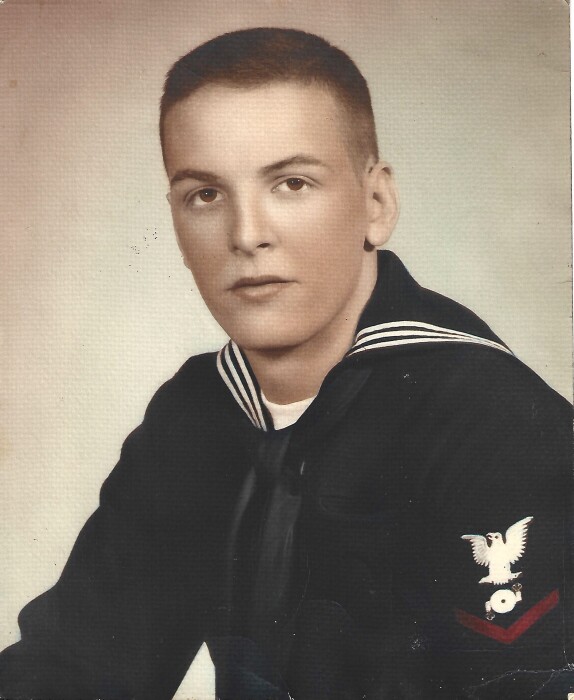 Walton Wayne Willoughby of Poplarville, Mississippi, passed away on November 26, 2022, at Forrest General Hospital in Hattiesburg, Mississippi, surrounded by family and friends.

Known as Wayne, he was born in Bogalusa, Louisiana, to Sarah Dandridge Willoughby and Walton “Peg” Willoughby. They lived in Metairie, Louisiana, until he was age six, when he and his family moved to Poplarville, Mississippi, where his mother later married Dillard Angus “Dick” Durham. He would become a standout multi-sport athlete in basketball, baseball, and football in the Desoto Conference at Poplarville High School. Some of his accolades during this time included: Most Valuable Player-football 1959; All-Desoto Conference 1959; Undefeated Baseball Team-Desoto Conference 1957 and 1959; Most Athletic 1959; and Mr. Poplarville High School 1959. He was a member of the National Guard from 1957-1961. He received a football scholarship to Pearl River Community College under legendary Coach Dobie Holden, playing as safety and halfback as well as back-up quarterback. The Wildcats earned back-to-back State Championship titles in 1959 and 1960. The dominant Wildcats were invited to play in multiple bowl games during that time. He received a scholarship offer to continue his football career at Delta State. Wayne was recently inducted into the Poplarville High School Alumni Inaugural Hall of Fame Class for his contributions to PHS as an athlete, military service, and community leader.

Wayne joined the United States Navy, serving from 1961-1965, traveling many areas of the world. He was stationed on USS Randolph CVS-15, an anti-submarine carrier operating in the Mediterranean, Atlantic, and Caribbean. During his service aboard USS Randolph, one of the tasks for the ship was to act as a recovery ship on February 20, 1962, for John Glenn, upon his return from space. During the Cuban Missile Crisis, under former President John F. Kennedy, the Soviets brought in ballistic missiles to Cuba. USS Randolph was called in, crossing into Sargasso Sea on October 27, 1962, engaging in the infamous naval blockade. The Randolph Task Group was able to head off a submerged Soviet submarine with the assist of eleven other U.S. Navy destroyers, which were tasked with surrounding the Soviet B-59 submarine near Cuba. USS Randolph continually dropped practice depth-charges from destroyers and aircraft, in an attempt to force the B-59 Soviet submarine to surface. The historical context is believed that the captain of the Soviet submarine had the intention to launch a nuclear torpedo at USS Randolph but was able to be coaxed by his commander to await further command orders; therefore, dodging what would have been World War III. The Soviet submarine came to surface at 8:53 p.m. and observed the name “RANDOLPH” etched across the carrier. USS Randolph had relentlessly and successfully pursued the B-59 throughout the day-long ordeal, lasting nearly 24 hours. The Cuban Missile Crisis ended the following day. He then served in the Navy reserves from 1965-1967. Wayne held numerous membership titles in the U.S. Navy including National Board of Boilers, Pressure Vessels-Care Inspector, American Society of Mechanical Engineers.

He served as Manager at Bass Pecan Company, owner of the “Corner Store” in Poplarville during in the early 1980’s, Ace Hardware employee, offshore work, HEB Grocery Store Chain in Austin, Texas. In his final years of employment, he worked at Walmart in Picayune, Mississippi. In his retirement, he spent 15 years volunteering at Brother’s Keeper, a food pantry that provides groceries to families in need, throughout Pearl River County. He received “Keeper of the Year” award in 2011, and served as Brother’s Keeper President and Vice President among his time spent at BK. He planted a community garden to provide additional fresh vegetables to contribute to their cause. Wayne found much purpose and a social outlet in his years of participation with Brothers Keepers. He made special friendships with this group in all the years served. He recently received the honor of having his Brothers Keepers apron retired, known for its use in their many fish fry fundraisers. Wayne was also a member, and has served on the Board of Trustees, of First United Methodist Church of Poplarville, Mississippi, directed under Dr. Eric Pridmore.

Wayne had many areas of talent that shined in his hobbies, including his avid love and knowledge of horticulture. He served as a Board Member for Keep Mississippi Beautiful and Mississippi Pecan Growers. Most notably, his artistic abilities ranging from oil paintings, woodwork, drawings, and funny cartoons that many people throughout the region, have hanging in their homes today. He coached little league baseball and basketball at times in his life. He loved sports and looked forward to attending Friday night football games for his beloved Poplarville Hornets over the years. He loved watching college football on Saturdays. He also rooted for his nephew, Coach Jay Ladner’s team, of Southern Mississippi Men’s Basketball. He was a New Orleans Saints fan and attended the first held Saints football game at Tulane Stadium. He also enjoyed music from the 1950’s and 1960’s era. Wayne was a multi-talented man with a quick wit and prankster personality. He often joked around in saying the World Wide Web (WWW) stole his initials. If you knew him, you knew the one liner jokes he quipped, never knowing if he was serious. He had his series of eye rolling jokes; he would casually spin off to make others laugh. Wayne was quite a character. Through the years, he has been described as a fast moving, hard-hitting defensive back, silly, witty, handsome, sarcastic, funny, humble, talented, artistic, wild, selfless in servitude, creative, strong, resilient, tough, stubborn; and complex. In having his presence and contributions for nearly 82 years of life, we were fortunate to know him, learn from him, spend time with him, love him, and laugh at his tales and personality. He will be greatly missed in our lives and community.

The visitation for family and friends will be held on Tuesday, November 29, 2022, at Poplarville First United Methodist Church from 6:00pm – 8:00pm. The funeral service will be on Wednesday, November 30, 2022, at 11:00am in the church sanctuary. A burial will follow in Biloxi National Cemetery.

Riemann Family Funeral Home, 141 Hwy 90, Waveland is serving the family. An online guest book may be signed, and condolences offered at www.riemannfamily.com.

To order memorial trees or send flowers to the family in memory of Walton Willoughby, please visit our flower store.