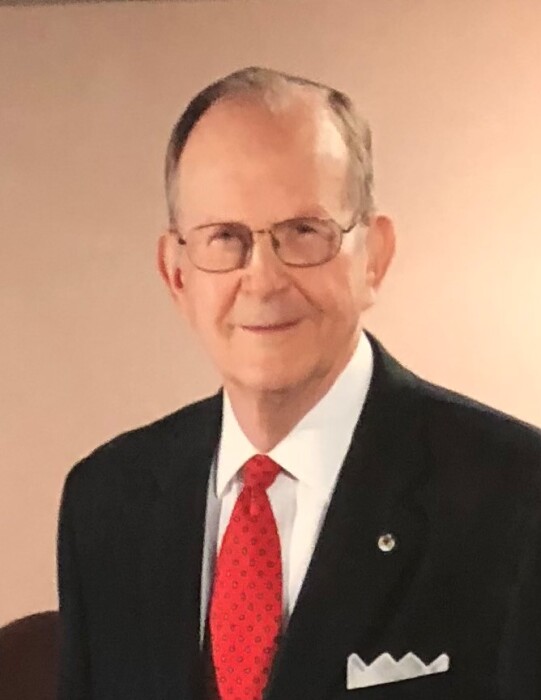 Victor Vadrian Mavar, Sr. was born in Biloxi, Mississippi, on July 27, 1926, to John Mavar, Sr. and Olivia Skrmetta Mavar, both of whom were immigrants from an area of Austria/Hungary that is today known as Croatia.  Mrs. Olivia Mavar died in 1953 in Croatia while visiting her relatives there.  Mr. John Mavar, Sr. died in Biloxi at his home in 1960.  Victor was the youngest of six children and upon passing was 96 years old.  He died peacefully at his home in Biloxi.

Victor was a 1943 graduate of Biloxi High School where he was drum major of the band and won the State of Mississippi Drum Major Baton Twirling Championship.  In 1944 he was appointed by Senator James Eastland to the United States Merchant Marine Academy where he earned a BS degree in Marine Engineering in 1947.  He also earned a license to serve as Engineering Officer aboard any size ship anyplace in the world.  In addition, he received a Commission as a Second Lieutenant in the U.S. Naval Reserve.  In 1950 he was called into the United States Navy to serve in the Korean War as an Engineering Officer aboard the USS Paricutin, an ammunition supply ship.  He received an Honorable Discharge from the Navy in 1952 in San Diego, California.  While at the Merchant Marine Academy he was Drum Major of the band.  In addition to performances at the Academy, the band, led by Victor, performed in the Macy’s Day Parade, the Armed Forces Day Parade, Yankee Stadium, Radio City Music Hall, Yale University, the U.S. Naval Academy, U.S. Military Academy at West Point, and others.

After graduation Victor returned to Biloxi and began working in the family seafood processing business, packing and selling canned shrimp and oysters.  The business was started by his parents in 1926.  After working there for five years, Victor was elected president of the American Shrimp Processors Association.  After serving two terms as president, the Association presented him with the Ray Robinson Award for Dedicated and Valuable Service to the American Canned Shrimp Industry.

Later the company began manufacturing and selling Kozy Kitten canned and dry cat food.  Both items were very successful, and the family business was sold in 1989 to H.J. Heinz Company.  While in the pet food manufacturing business, Victor served as Vice President of the National Pet Food Institute, a nationwide trade organization representing the entire American pet food industry.

In 1989 Victor was elected to the Hancock Bank Board of Directors where he served on a number of committees.  He served as a Director for 25 years.  In his honor, the community room at Hancock Bank’s main Biloxi facility was named the “Victor Mavar, Sr. Community Room” in recognition of his years of service on the Hancock Bank Board of Directors.  The room is available to all for meetings, parties and receptions.  In 2013 the Biloxi Lions Club awarded him the Certificate of Lionheartedness.

Victor married his wife, Gayle, in 1958.  They established a scholarship at the University of Southern Mississippi, School of Nursing, in honor of his sister, Antonia Mavar Talijancich, who was a nurse.  They also established scholarships at the Mississippi College School of Law, Vanderbilt University MBA School, and West Virginia Wesleyan University.  They established a fund to support the operation of the Learning Disability Department at Nativity B.V.M. Elementary School in Biloxi.  In addition, they provided for the construction of two classrooms, a general study room and an office, all for the Learning Disability Department.

During his career, Victor served on the original Board of Directors of the Walter Anderson Museum of Art, the Biloxi Bay Chamber of Commerce, and the Dusti Bonge Art Foundation.  He also served on the Board of Directors of Mississippi College School of Law.  In 1998 he was King of Mithras Carnival Association and also King of Mardi Gras for the Gulf Coast Carnival Association.  He was a member of the Nativity B.V.M. Catholic Church and participated on a number of parish and school activities.

A visitation will be held at 10:00 am at Nativity Blessed Virgin Mary Cathedral in Biloxi, with a Mass of Christian Burial  to be Celebrated at 12:00 pm on Wednesday, September 7, 2022.  After the burial, lunch will be served at the Sacred Heart Center in Biloxi.  In lieu of flowers, the family requests that a tax-exempt donation be made to the Nativity School Foundation (P.O. Box 453, Biloxi, MS, 39533).  The principal of this fund will never be spent but will be invested and the income will be used to reduce the cost of tuition for all students at Nativity Elementary School.  As the principal grows, the cost of tuition will decline.

An online register may be viewed and signed, and memories, condolences and photos shared with the family at www.riemannfamily.com

To order memorial trees or send flowers to the family in memory of Victor Mavar, Sr., please visit our flower store.