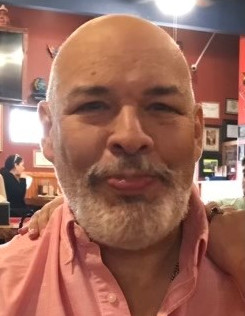 Tim was a native of Long Beach and graduated from Bible Baptist Church Christian School in Gulfport. Tim was a casino dealer for 21 years. He began his career at the Isle of Capri and worked at almost every casino on the coast until he retired from the Beau Rivage in 2014. It was during this time that he met many wonderful people and made many life-long friends.

Tim was a gun enthusiast and loved spending time at the shooting range. He also loved music and believed that there was a song lyric for every moment in life. Tim played football in high school as a defensive end. His favorite football team was the Patriots, and he was a huge Tom Brady fan. He also enjoyed watching hockey and attending Seawolves games, as well as cheering on the Boston Red Sox.

Tim was a member of Bible Baptist Church in Gulfport. He was the most loyal, respectful, trustworthy man you could have ever met, yet he liked to brag that he was an “equal-opportunity offender” because he was also honest and straight-forward. The truth is that Tim was selfless to a fault and put the wants and needs of others before his own, even until his last breath. Above all, he lived for his son, Lleyton. No matter what was going on in his life, or how sick he may have been, if Lleyton needed something, he made it happen. He would do anything to bring a smile to his face. Tim will be missed by all who knew him.

Friends are invited to join the Barringer family for visitation and services on Tuesday, June 7, 2022, at Riemann Family Funeral Home, 274 Beauvoir Road, Biloxi.  Visitation will be held from 10 to 11 a.m. with the Celebration of Life Service at 11 a.m.  Tim will be laid to rest in Biloxi City Cemetery.

Following interment, there will be a Reception at Bible Baptist Church, on Dedeaux Road in Gulfport.

To order memorial trees or send flowers to the family in memory of Timothy "Tim" Barringer, please visit our flower store.