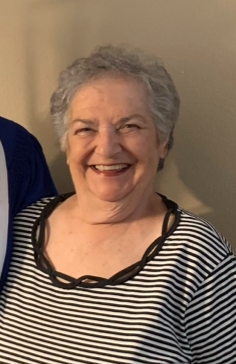 Sheila Meadows Morrison, age 76, passed away on January 18, 2023 in Slidell, Louisiana. She was fondly known as “Boo” by her grandson Seth.

She was born to Hiram “Bip” and Dorothy “Dot” Meadows in Hattiesburg, Mississippi, and moved to Gulfport when she was 3 years old. She was a longtime residence of Gulfport until moving to Slidell in 1973. She worked at Bonne E’Cole Elementary School in Slidell for 20 years, retiring in 2014.

She is preceded in death by her parents (listed above); stepfather, Livingston “Ike” Fortner; and sisters, Willa Jean Baragar, Bettye Fairley.

She is survived by her daughter Courtney Rahmel (Beau) of Carriere; one and only grandson, Seth Rahmel of Nashville; and former spouse and father of Courtney Charles W. Morrison.

Funeral services will be Saturday, January 28, 2023 at 11 AM with visitation starting at 10:00 at Riemann Family Funeral Funeral Home, 19130 Commission Road, Long Beach, MS 39560 . Burial will follow at Evergreen Cemetery in Gulfport.

To order memorial trees or send flowers to the family in memory of Sheila Morrison, please visit our flower store.