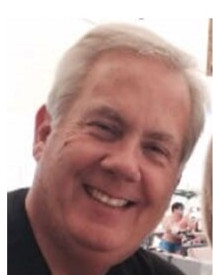 He was preceded in death by his beloved parents, Mrs. Effie Peterson Fayard and Mr. Wilfred D. Fayard; a brother, Mr. W. Gary Fayard; and a sister, Dr. June Jacoby.

Mr. Fayard was a native and lifelong resident of Gulfport and was a 1971 graduate of Gulfport East High School and then attended the University of Southern Mississippi.  Russell began his work career at Moses Men’s Store in downtown Gulfport.  He then joined the family business at Eagle Energy where he worked for many years.  In 1992, Russell operated Discount Tobacco Mart, the first store of its kind on the MS Gulf Coast.  While there, he started Fayard Properties, LLC and retired after Hurricane Katrina.

The family would like to thank the staff, doctors, and nurses on the 5th floor Ortho/Neuro and ICU Wing at Memorial Hospital at Gulfport as well as Jason Green from Riemann Family Funeral Homes for his guidance and friendship.  Special Acknowledgement goes out to his lifelong friends, Dr. Rick LaCuesta and Mr. Joe Irby whom he considered his brothers.

In lieu of flowers, the family prefers memorials be made to Shriners Hospital for Children at https://lovetotherescue.org or St. Jude Children’s Research Hospital at https://stjude.org/donate

A Celebration of Life Reception will be held on Saturday, September 24, 2022, from 3 – 5 pm at the Riemann Family Funeral Home, 11280 Three Rivers Rd, Gulfport.

Online condolences may be offered at www.riemannfamily.com

To order memorial trees or send flowers to the family in memory of Russell Fayard, please visit our flower store.