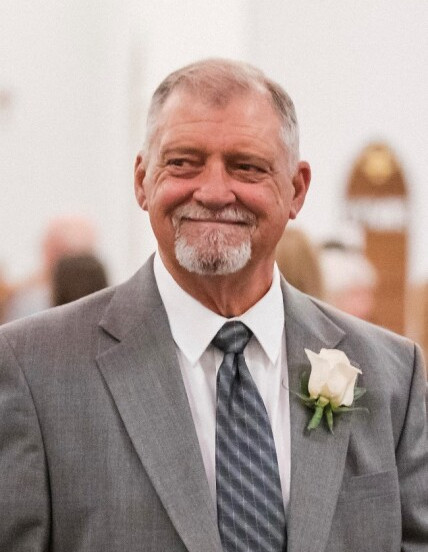 He was preceded in death by his parents, Arvis and Helen Ladner; a brother, Roger Ladner; and a grandson, Tristen Bennett.

Mr. Ladner was a resident of the Kiln and served in the United States Marine Corps during the Vietnam War.  He graduated basic training at Parris Island on June 20, 1972 and was promoted to Lance Corporal on March 1, 1973.  After his discharge from the Marines, he served many years in the MS National Guard.  He worked at the Hancock County School District as a mechanic for 16 years and later went to work in the oil industry as an ironworker until his retirement in October 2020.  He loved hunting with his buddies, playing guitar, dancing with Joan, and attending his grandkids sporting events.  His family was his greatest accomplishment.

The family would like to thank the staff at Slidell Memorial Hospital for being so devoted and compassionate to our extra large family during his last days.

Visitation will be on Thursday, December 1, 2022, from 6 - 9 pm in the Parish Hall at Most Holy Trinity Catholic Church, 9062 Kiln DeLisle Road, Pass Christian.  A Mass of Christian Burial will be celebrated at 11 am on Friday, December 2, 2022, in the church sanctuary.  Interment will be in Standard Sandhill Cemetery.

The Riemann Family Funeral Home, Pass Christian, is serving the family and online condolences may be offered at www.riemannfamily.com

To order memorial trees or send flowers to the family in memory of Ronald "Ronnie" Ladner, please visit our flower store.