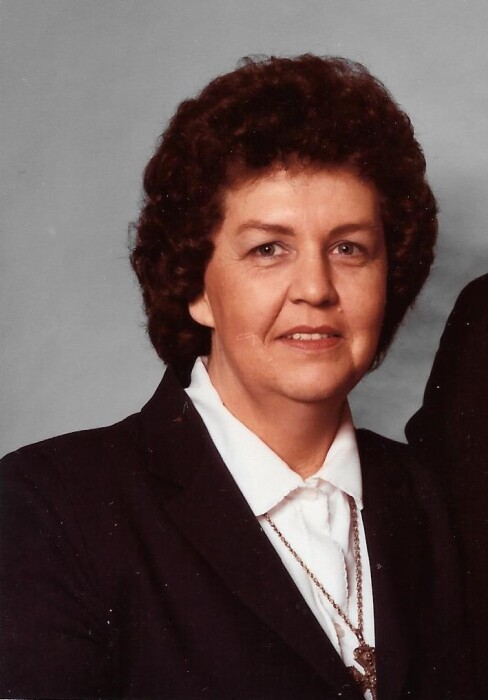 Pearleen Cook Pearce passed away peacefully surrounded by family on Saturday, September 3, 2022, at the age of 84.

Pearleen was born to Vernon Cook and Ozella Lynchard Cook on April 8, 1938, in Moorhead, MS. She grew up in Belzoni, MS, and graduated from Belzoni High School.  She graduated from high school in 3 years so that she could marry her sweetheart, Adrian Leroy Pearce.

She stayed home to raise her 3 daughters until they were school age.  Then she attended Phillips Business School.  She worked in several office jobs until she became the Office Manager for WGCM Radio Station.  Pearleen worked at WGCM for 20 years.

Pearleen also served in the choir and as Church Treasurer at Gulf Gardens Baptist Church.  Most recently, she was a member of Bayou View Baptist Church where she had a calling ministry to other senior adults and shut-ins.

She was preceded in death by her parents, sister Agnes, brothers, Vernon, Robert Utah, and Roland Leroy.

The family would like to express a special thanks to Kare-in-Home for their service for many years, and to the staff of Memorial Hospital Gulfport and Select Specialty Hospital. The family thanks all the caregivers especially Keisha, Madelyn, Michael, and Rebecca.

The family requests that memorials be made to Memorial Hospital at Gulfport Foundation, Inc.

The Riemann Family Funeral Home, Gulfport, MS, is serving the family and online condolences may be offered at www.riemannfamily.com

To order memorial trees or send flowers to the family in memory of Pearleen Pearce, please visit our flower store.