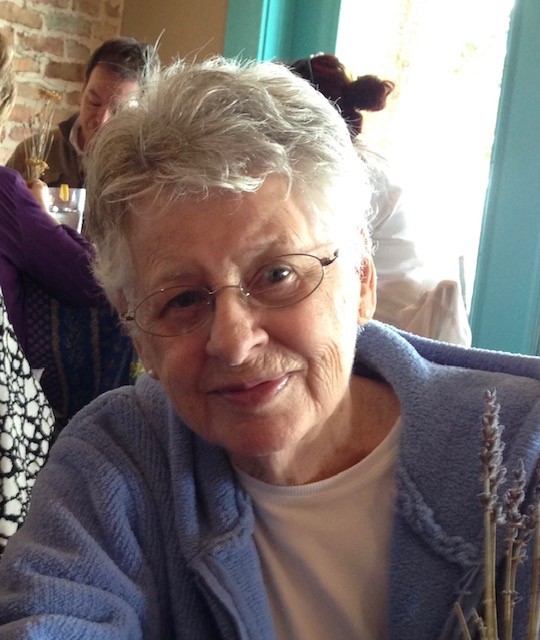 One of the coolest people on the planet, Patricia Gail (Morrow) Robuck passed away on July 24, 2022 at home in Saucier, MS, she was 87.

Gail was born on February 1, 1935 in Louisville AL to James and Gladys (Crawford) Morrow. The family relocated to Jacksonville, FL where she and her 4 siblings grew up. Jacksonville is also where she met John Harrison (Buck) Robuck - they were smitten! Buck and Gail would have made 68 years together this September. Now just think about that - almost 7 decades hitched to another human being and still enamored with them. In addition to her parents, Gail is surely being greeted by her infant son David Harrison; granddaughter Shannon Savannah; brother James; sister Barbara; Saint (family Dalmatian) and numerous grand pets. Besides Buck, she is survived by her brother Mitchel; sister Sandra Waddell (Maxie); children John (Ramona), Steve (Sonia), Madolyn (Jan); and several grandchildren and great grandchildren. John, Steve, and Madolyn will always argue about who she loved best.

Gail was a lifelong southerner, having lived in Alabama, Florida, North Carolina, South Carolina, Georgia, and finally 51 years in Mississippi. To be honest, she never wanted to live in Mississippi, but Buck and the kids were there, so what could she do?

Gail cherished her books and was a voracious reader, keeping the Harrison County Library System busy supplying her good reads. Few people had a better sense of humor than she, as a good laugh and witty people were priceless to her. David Letterman was one of her favs. She also found great joy in music, especially Tom Petty, Dobie Gray, Bonnie Raitt, ELO, Stevie Wonder, Bob Seger, The Bee Gees, and almost anyone on Austin City Limits. Other things that made her happy included soft t-shirts, clean sheets, a good yard sale, road trips, MSNBC, PBS, and hot tea and a sour cream donut in bed brought to her by Buck.

She strongly disliked bad food, smart phones, a great book being made into a lousy movie, and Donald Trump.

More than anything else, Gail adored Buck, John, Steve, and Madolyn. Knowing that her kids were safe and happy, with loving and supportive partners meant the world to her.

In lieu of flowers, Gail asked that her family, friends or anyone stumbling across her obituary take some time to read a book or watch a program on PBS.  If you feel moved to make a donation in her honor, please consider donating to your local library system, an organization like Reading Is Fundamental, or the Harrison County (Mississippi) Humane Society. We will miss her wisdom and laughter, her grace and smarts, and the comfort of knowing that no matter what, she loved and accepted each of us for exactly who we are.

To order memorial trees or send flowers to the family in memory of Patricia Robuck, please visit our flower store.