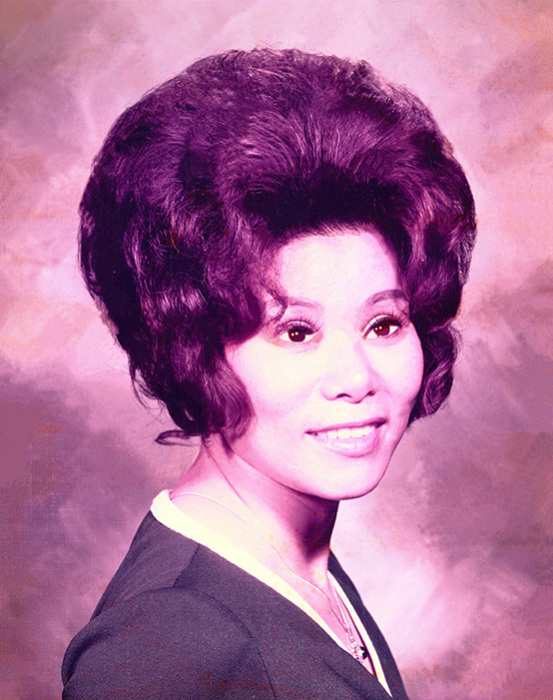 At the age of 85, Monica G. Wilson joined her Savior Jesus Christ on 21 August 2022. Monica was born in what is now Nam-Myeon, Gyeongsangbuk-Do, South Korea on 13 June 1937. Monica was born during a time of Japanese occupation which ended at age eight. The Korean War started when she turned 13 and ended three years later. These were difficult times for Koreans. In July, 1957, a then 20-year-old Monica married a 23-year-old U.S. GI from Magee, MS named Walton H. Floyd. Soon after marriage, Monica migrated to rural Mississippi with Walton where she started a new life as wife, mother, and immigrant. Walton preceded Monica in death in January, 1986.


As a senior in later life, Monica was known by the name of her choosing, Monica G. Wilson. As a wife, mother, and naturalized citizen, she was known as June Floyd. As a youth in South Korea, she was known by her father Inkyu Bae and mother Boklyul Yi as Wee Joon Bae. Monica was the youngest daughter among eight Bae children. She is preceded in death by all but one sibling, Suck Man Bae.


After learning English and at a time of her U.S. citizenship in 1964, Monica spoke three languages. Monica eventually managed to obtain a GED and vocational certificates in CNA and Cosmetology. She was a good and hardworking wife and mother. Monica is survived by her son, Walter Floyd and wife Donna Floyd of Ocean Springs, MS, and daughter Cheryl Kunkel of Denver, CO. She had seven grandchildren and 14 great-grandchildren.

God graced Monica with a peaceful passing. She enjoyed life but was eager to leave it for her eternal home.A graveside service for Monica will be held in Magee, next to Walton and her preceding third child, Wayne Lee Floyd. The service will be held at a time yet to be determined and attended by immediate family. In lieu of flowers, the family encourages the reader to share a random act of kindness in Monica’s honor. Jal Deureogaseyo (Korean goodbye– Used for someone going home).

To order memorial trees or send flowers to the family in memory of Monica Wilson, please visit our flower store.