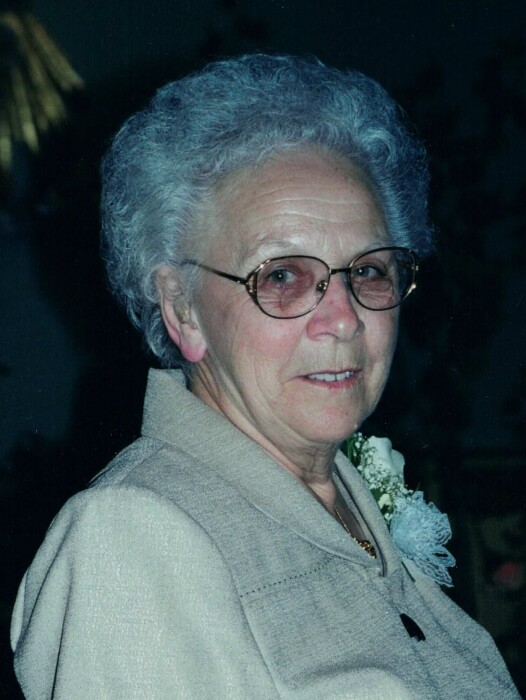 Mrs. Smith was a native of Bond, MS and has been a resident of Gulfport since 1950.

She was a graduate of Perkinston Agricultural High School, Class of 1947, in Perkinston, MS.  After graduating, she worked as a waitress at Anchor Restaurant in Wiggins, MS until she married Percy and they moved to Gulfport.  Once they arrived in Gulfport, she and Percy managed Tip Sibley’s restaurant which was located on the corner of Old Highway 49 & Creosote Road (the significance of this will become clear shortly).  When they began having children, she proudly became a full-time homemaker, wife, and mother.  In 1976, with the “nest” almost empty, she went to work for J.C. Penney in Gulfport, later transferring to the Biloxi store, retiring in 1993 to prepare for her next “job” – full-time Nana for her youngest grandchild!

Mom had an unbelievable memory to the very end (forgetting NOTHING – both good & bad).  She remembered names, places and events to the smallest detail.  The problem was she rarely gave a simple answer – when asked about a particular person, she told you what they did for a living, who their parents, spouse, and children were, and where they lived.  For particular locations, she told you what was there when she moved to Gulfport, all the businesses that had been there since and who owned them.  By the end of the story – you either forgot the question or kicked yourself for asking!

Somehow, someway, she always made a loving home for our big family to gather to celebrate the holidays, birthdays, special occasions, or no occasion – just needed one of her hugs or a cold buttered-biscuit leftover from breakfast - and if you were lucky, there was some tomato gravy too.  From the oldest to the youngest, all the in-laws and the out-laws, and all her “adopted children”, we love you deeply, miss you greatly and cherish our memories – we know you are resting peacefully in the arms of our Lord and Savior!

The family would like to thank Dr. Manoj Shah MD, NP Tara White, and all the staff, for their years of care; Dr. Bobby Tullos MD and NP Laura Stevens for their care and support in the final days; and SouthernCare Hospice Services for their compassion in the final hours.

Visitation will be Thursday, June 2, 2022, from 10:00 to 11:00 a.m. at the Riemann Family Funeral Home, 11280 Three Rivers Road, Gulfport. Funeral services will follow in the funeral home chapel at 11:00 a.m. Interment will be at Davis Cemetery in the Magnolia Community in Stone County, MS.

In lieu of flowers, the family requests that memorial contributions be made to the Shriners Hospitals for Children-Shreveport, 3100 Samford Ave., Shreveport, LA 71103 (lovetotherescue.org - specify recipient: inmemoryofLAS@gmail.com).

To order memorial trees or send flowers to the family in memory of Louise Smith, please visit our flower store.