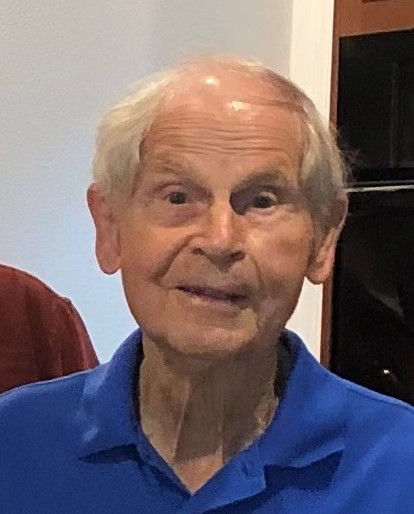 Louis Janus, a resident of Gulf Hills, Ocean Springs, MS, passed away peacefully on September 2, 2022, in New Orleans, LA.  Louis was born in Handsboro, MS.  He was of the Catholic faith.

Louis was preceded by his parents, John and Mary Janus; his siblings, Stanley, John, Edmund, and Adela Brown.

Always a patriot, Louis proudly served in the U. S. Navy as a Corpsman.

Having a brilliant mind, Louis was a Chemist, Mathematician, and Industrial Hygienist, Comprehensive Practice.  It was his intelligence and knowledge that designed, and implemented, a pure-water system for Ingalls Shipyard, water pure enough to meet standards for utilization in nuclear reactors installed aboard Ingalls-built nuclear submarines.  Prior to Louis’s design, suitable water for the systems was purchased, and transported, from the city of Mobile, AL.

Always of a scientific lean, Louis co-authored a study of, “Evaluation of Microbiologically Industrial Corrosion in an Estuary”.  He was awarded numerous honors for his scientific achievements and expertise.

Following his retirement, Louis applied his knowledge as an Industrial Hygienist Consultant to various companies and Government entities, in assisting them to meet required safety and health standards established by the U.S. Government.

In lieu of a service, there will be a private memorial for family at a later date.

To order memorial trees or send flowers to the family in memory of Louis Janus, please visit our flower store.