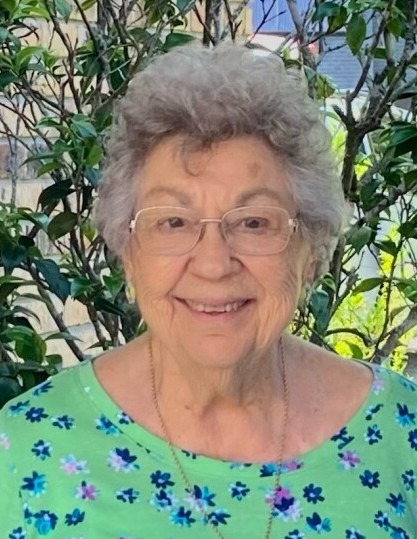 Leboria B. Sager “Beau” age 91 passed away peacefully at home surrounded by her family on August 20, 2022.

Beau, as she was affectionately known, graduated from St. Joseph Academy in 1948. On May 29th of that same year, she met the love of her life August "Jim" Sager on a blind date. She would have to wait four years to marry Jim as he served in the Navy during the Korean war. His parents truly wanted her as their daughter-in-law and continued to court her while he served his country, On January 25, 1953, they were married at our Lady of the Gulf Catholic Church and had over 65 years in a blessed and happy marriage.

Beau worked as a young woman at Delph's in Bay St. Louis until her marriage when the young couple moved to New Orleans. There she filled with joy her role as Mother and housewife.

The family wishes to thank Kayla, Gail, & Cindy of Notre Dame hospice for their loving care of our mother and Missy, her caregiver, who also lovingly cared for our mother.

Mass of Christian Burial will be held on Friday, August 26, 2022, at Our Lady of the Gulf Catholic Church. Visitation will be from 10:30am to Noon. Mass will follow with interment at St. Mary's Catholic Cemetery.

Riemann Family Funeral Home, 141 Hwy 90, Waveland is serving the family. An online guestbook may be signed, and condolences offered at www.riemannfamily.com.

To order memorial trees or send flowers to the family in memory of Leboria Sager, please visit our flower store.

Our Lady of The Gulf Catholic Church

Our Lady of The Gulf Catholic Church