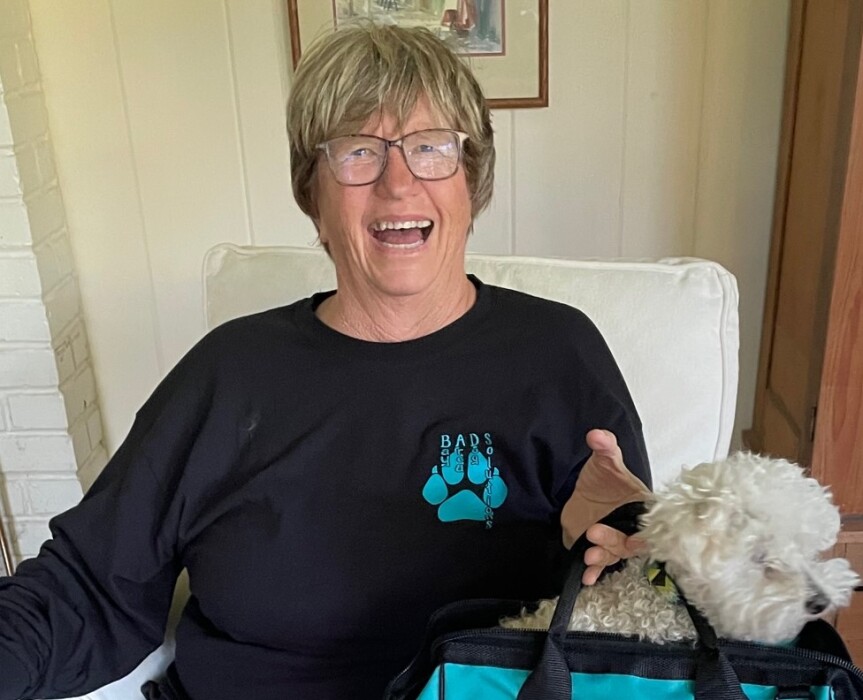 Markey, who never went by her given name Kathleen, passed away at her home in Waveland, Mississippi on Monday January 2, 2023.

Markey was born in Burlington, Wisconsin and raised in Chicago. She graduated from Lyon College (Arkansas College) in Pine Bluff, Arkansas with a BA in Physical Education and received a Master’s in Administration from Southeast Missouri State University in Cape Girardeau, Missouri. She was an educator and a former college basketball coach at the University of Connecticut, Western Illinois at McComb, Illinois and Chadron State College at Chadron, Nebraska.

Markey came to New Orleans in the early 1980’s and taught and coached at Holy Angels, Immaculata, Our Lady of Divine Providence and St. Scholastica before ending her teaching career in 2017 at Holy Name of Jesus School.

Markey loved New Orleans and after her move there became an instant Mardi Gras and Saints fan. She along with two colleagues from Holy Name, became Saints Superfans known as The Who Dat Sisters and she could be seen riding her scooter from her home in the Irish Channel to the Superdome on gameday, her nun “habit” flowing in the breeze. To celebrate Mardi Gras, she joined the Krewe of Muses and was one of its most prolific shoe decorators and throwers. But her biggest passion was saved for canines.  She has volunteered for the Animal Rescue of New Orleans since its inception during the aftermath of Hurricane Katrina and despite moving to Bay St. Louis in 2017, has continued to provide invaluable training and rescue services for that organization.

During her time in New Orleans, Markey had received professional training in “all things dog” and brought that expertise to the residents of the Mississippi Gulf Coast where she started her dog care business, Bay Area Dog Solutions (BADS).  Hundreds if not thousands of dogs and other animals have been truly blessed by her tireless and selfless love and care. That love and care also extended to her many friends. She will be sorely missed.

Markey is survived by her dog, Who Dat who is called Whoodie; her many adoring friends and fans; her sister, Rosemary Krause; brothers, Tom and Andy Frederick; half-brother, John Giddings; half-sister, Edie Giddings Beall; and several nieces and nephews.

Markey’s life will be celebrated on January 28, 2023, from 2-4 PM at Star Fish Café in Bay St. Louis, Mississippi. More information can be found on her Facebook pages, Kathleen Markey or Bay Area Dog Solutions.

Donations in her memory can be made to Animal Rescue of New Orleans (ARNO), https://animalrescueneworleans.org .

To order memorial trees or send flowers to the family in memory of Kathleen Markey, please visit our flower store.