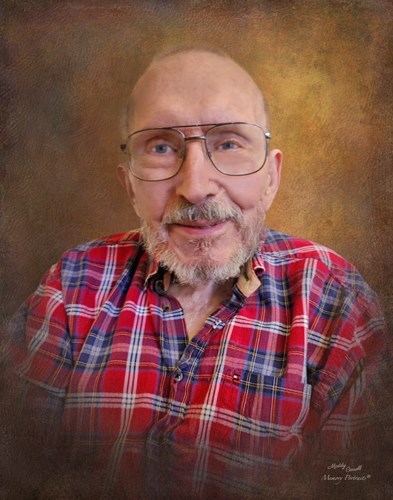 Joseph (Joe) Charles Koniak, Sr., a Korean War veteran, passed away on May 21, 2022, at 90 years of age. Born on August 14th, 1931, in the rural farm town of Benld, IL located in Cahokia Township within Macoupin County, he was the son of World War I veteran John William Koniak and his wife Anna E. (Kapusta) Koniak.

He was preceded in death by his beloved wife of 59 years, Joy Starita Koniak, his parents, and his brother, John William Koniak, Jr.

Joe’s formal education began at Pleasant View Grammar School, the local one-room schoolhouse, where he boastfully read every single book in the school library and graduated 8th grade in 1944. Rubber rationing during WWII prevented the county from providing bus service to students in the rural towns, so without transportation, Joe was unable to attend high school. True to his nature, he did not let that deter him - after his discharge from the Army in 1953, Joe independently studied for and received his GED in 1954, then utilized the GI bill to earn an Associate in Technology from the University of Southern Illinois in 1956.

The entirety of Joe’s professional career was spent with Sperry Corporation, now Unisys, as a Systems Engineer working in the emerging field of mainframe computers. His early duties were to maintain and repair UNIVAC I system machines, the same system which famously predicted the result of the 1952 Presidential election.

His initial assignment landed him in Washington, DC where he purchased a Lincoln Continental – a symbol of his life’s successes thus far. Upon frequenting the auto repair garage, he befriended another Lincoln enthusiast, Norman Keith, who thought Joe would be a perfect match for his sister-in-law, Joy Starita. Introductions were made and the epic love story began. Joe and Joy were married in 1961 in Alexandria, VA and enjoyed a dedicated, delightful, and prosperous marriage until Joy’s passing in October 2020.

In 1962, Joe was transferred to Louisville, Kentucky. He and Joy initially resided in an apartment in the Hikes Point neighborhood and enjoyed their careers and the amenities of Kentucky’s largest city. In 1967, they adopted their son Joe Jr., a cheery and charismatic boy. Less than two years later in 1969, they adopted their blue-eyed, freckled-faced daughter Francie. Soon thereafter, Joe finalized the other part of his dreams, purchasing a brand-new red brick, ranch-style house in the newly developed Douglass Hills area in eastern Louisville.

Joe worked long, tireless hours to provide for his family so they could enjoy comforts he never had as a child. He prioritized family time, however, and was home for dinner nearly every night and afterward often fell asleep at the table after eating. He was an amateur, but gifted, investor who made wise choices and was able to meet his goal of providing the secure and comfortable lifestyle he always wanted for his family. He enjoyed traveling and took his family on many epic road trips to nearly every state east of the Mississippi river, as well as Alaska. He was involved in several civic and volunteer organizations including the Boy Scouts of America where he guided his son to his Eagle Award.

Joe and Joy retired to the Mississippi Gulf Coast, purchasing a gorgeous estate home in Biloxi, not far from where Joy grew up. For nearly 20 years, they spent time visiting and reconnecting with Joy’s extended family as well as developing a wide circle of friends with whom they enjoyed their Golden Years. Joe spent as much time as possible fishing and shrimping the bountiful waters of the Gulf Coast and engaged in numerous social groups including the Krewe of Venus (serving as King Venus XIV in 2004) and the Italian American Society, where he discovered a newfound skill in and love for bocce ball. Joe and Joy were also active members of St. James Catholic Church.

As their age advanced and their health declined, Joe and Joy made the difficult but necessary decision to leave the Coast and return to Louisville in 2015. They lived with Francie and her family for several years until their health worsened to a point where they were no longer able to stay in the family home. Joe was surrounded by love as he passed from this life to the next.

To order memorial trees or send flowers to the family in memory of Joseph Koniak, please visit our flower store.