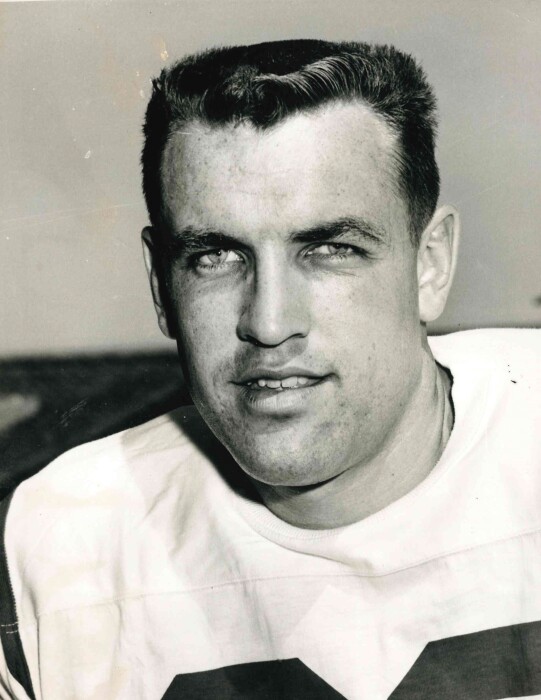 Jerry Sterling Daniels, Sr., 82, of Long Beach, Mississippi, passed away September 9, 2022. Jerry was born September 16, 1939, in Big Springs, Texas to H.M. and Esther Daniels. His blue eyes and curls won him the accolade of Baby Texas. He attended Long Beach High School where he was a stand-out athlete. He was voted Most Athletic and Most Handsome. Jerry played in the Mississippi All-Star game where he was awarded the Bill Stewart award for his demonstration of sportsmanship and character. He attended the University of Mississippi where he played on two national championship football teams (1959-1960) winning two Sugar Bowls and a Gator Bowl. Jerry was later drafted 67th overall by the New York Giants. Jerry remained a loyal Ole Miss Rebel throughout his life an attending as many events as possible.

Jerry was a professional horseman serving in multiple organizations. Primarily, he was a judge and honorary vice president of the American Quarter Horse Association and traveled throughout the world judging and evaluating horses.

Jerry was a member of First Baptist Church in Long Beach and loved spreading the gospel to those around him.

Jerry was preceded in death by his brothers, Howard "Sonny" Daniels, and Ronald Daniels.

The graveside service will be held on Tuesday, September 13, 2022, at 11:00 AM at Gulf Pines memorial Gardens.

An online guestbook may be signed, and condolences offered at www.riemannfamily.com

To order memorial trees or send flowers to the family in memory of Jerry Daniels, Sr., please visit our flower store.