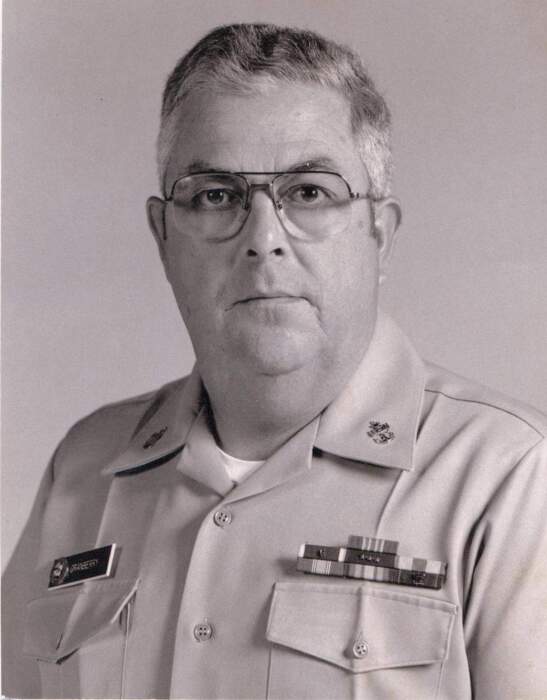 Jeffrey L Granberry passed away peacefully at home after a lengthy illness.

Mr. Granberry was preceded in death by his parents, Gwen and William Granberry; and his brothers, Tad and Robert Granberry.

Jeff loved this country fiercely and proudly served in the United States Navy as a Seabee for 22 years.  During this journey, he made many lifelong friends at duty stations spanning from Diego Garcia to Puerto Rico to Adak, Alaska and many other stations in between.

After retiring from the Navy, Jeff took a job in Saudi Arabia.  While Jeff and Kathy lived in Saudi Arabia, they were able to travel and see all parts of the globe, including a safari in Africa and a trip to take Kathy to see the Taj Mahal for their 25th wedding anniversary.  It was often said that dad joined the Navy so he could see the world and retired so our mom could see it.  He loved to travel and would do so at every opportunity.

After his second retirement from Saudi Aramco, Jeff continued his education and then began a brand-new adventure at Long Beach Middle School, where he served as the ISI teacher. Jeff made quite an impression on many, both young and old, during his time there.

Jeff was happiest with a project of almost any kind. His hobbies included writing - he has a book that was published in 1998 called Olive Drab in an Eight-Cornered Hat. He also enjoyed fishing and golfing and always had a love of photography.  He took up carpentry in retirement and managed to keep all of his fingers while making all sorts of furniture and Christmas decorations, big and small.

Jeff was involved in several disaster recovery efforts along the Gulf Coast region; he paid it forward after the care we, the Mississippi Gulf Coast, received from all over the country after Hurricane Katrina.

He loved his LB Church of Christ family; he especially enjoyed his time with the men's ministry group and the Culinary Crusaders.

The family would like to thank AMR and the Long Beach Fire Dept. for countless visits during which they displayed nothing but care, patience, and compassion. We would also like to thank Dr. Terry Smith, who never gave up and restored a quality of life that was thought to be lost.

Thank you to our friends and family, near and far, who have reached out with love and encouragement during this difficult time.

To order memorial trees or send flowers to the family in memory of Jeffrey Granberry, please visit our flower store.