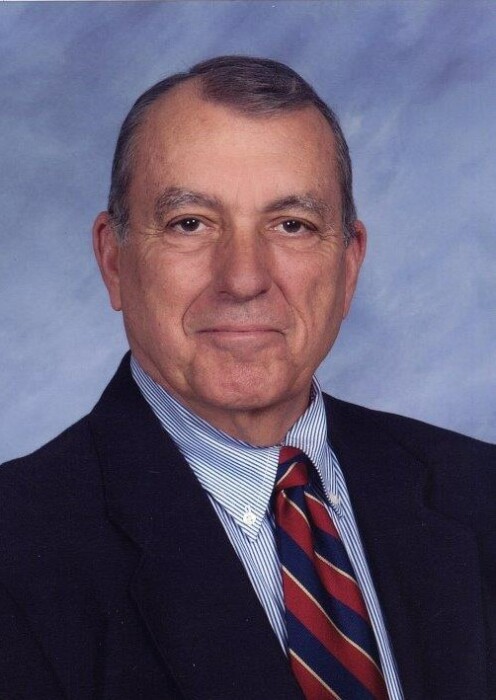 James Arthur Niemeyer, 84, entered into eternal peace and rest on December 29, 2022 with his children by his side.

James was born September 8, 1938, in St. Louis, Missouri, son of the late Ralph Charles Niemeyer and Virginia Risser Niemeyer. James, more often known as Jim and then later in life as ‘Cappy’, as his granddaughters affectionately dubbed him, was a dreamer from an early age. He was ever drawn to a life on or near the water. Jim loved boating and fishing, having grown up yachting on the upper Mississippi River with his family on their Chris Craft cabin cruiser, the “Nancy Lee", named after his sister. After serving as an officer in the United States Navy from 1956 to 1962, in 1967 he moved to New Orleans with his wife, Janet Elliott Niemeyer, to further his career in the marine insurance industry. In the 1970’s, he co-founded the insurance firm, Underwriters Marine Services, which he successfully operated for years. In the 1980’s, Jim channeled his entrepreneurial spirit with wife Jan and son Kirk in the ambitious startup company, Niemeyer Printing. Jim was an original officer of the Algiers Economic Development Foundation and an active member of Rotary Club.

While tugs and barges occupied much of his career, yachting was his personal passion. His interests were as diverse as the boats he spent time on reflected: from a luxury trawler yacht named the CayJan, after his wife Janet, cruising with family in the British Virgin Islands, to backwater bay boats actively fishing the marshes of Southeast Louisiana, to a classic Columbia 38 sailboat, and finally taking up full time residence on a Gibson houseboat he christened, Beachcomber, in Gulf Breeze, Florida. In 1997, Jim set off on a great solo sailing adventure, single-handedly sailing 7,000 miles from New Orleans to southern Florida, up the eastern seaboard, and then throughout the Bahamas over the course of a few years. Once aboard his boat, Jim never wanted to live on land again. He eventually earned his USCG 100 ton master captain license and began working in commercial assistance towing and pleasure charter boating.

As a young man, Jim loved singing in the quartet named The Juniors and performing in the Black Knights Drum and Bugle Corps as a trumpet player in Belleville, Illinois. Always an animal lover, Jim had several wonderful cats over the years. He was a strong Christian who faithfully served his churches in many ways over the years as an elder, a Sunday school teacher, a men’s morning bible study member, and a leader in Stephen’s Ministries which mentored men. He enjoyed also volunteering at The Good Samaritan Clinic in Gulf Breeze. Jim is preceded in death by nine days by his only sibling, Nancy Lee Niemeyer Stone of Isle of Palms, South Carolina. He is survived by his three children, Kirk Evan Niemeyer of New Orleans, Scott Arthur Niemeyer of New Orleans, and Susan Niemeyer Gelpi (Gus) of Bay St. Louis, Mississippi, all of whom he was immensely proud. His four granddaughters, Olivia Louise, Isabelle Marie, Marguerite Claire, and Julia Yvonne Gelpi were his later years’ greatest joy and with whom he never missed a chance to share his time. In lieu of flowers, donations may be sent to Good Samaritan Clinic, 4435 Gulf Breeze Pkwy, Gulf Breeze, FL 32563.

Please visit www.riemannfamily.com where photos and memories can be shared.

To order memorial trees or send flowers to the family in memory of James Niemeyer, please visit our flower store.