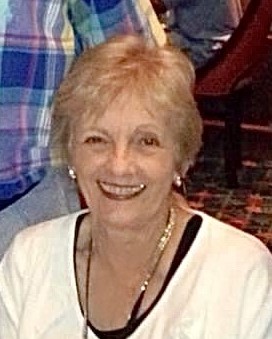 While a student at Newcomb College in New Orleans, Grace met and married her husband who was attending Tulane University. They spent several years raising their children in San Antonio and San Francisco before returning to her husband’s childhood home in Bay St. Louis, MS after Hurricane Camille hit in 1969. For the next 53 years they became embedded in the community where Grace served on Boards of the Junior Auxiliary, Bay-Waveland Yacht Club and Senior Warden of her beloved Christ Episcopal Church. She was instrumental in helping the church rebuild after Hurricane Katrina demolished the structure.  Grace was employed as a licensed nursing home administrator for Gulf View Haven Nursing Home (formerly Hotel Reed) in Bay St. Louis, which was owned by the Santa Cruz family. Her final and favorite occupation was serving as the administrative secretary for the local Catholic girls’ school, Our Lady Academy “OLA”, where she was known as a mentor and friend to many young ladies.

Grace had a gift and passion for gardening, something she learned from her father. When she couldn’t be found filling her home with warmth and kindness as an exceptional chef, to gather family and friends, she was in her garden growing the most fabulous flowers and vegetables that would rival any nursery or farm!

She always found the good in others and supported their choices in life which was a beautiful character trait admired by all who knew and loved her. The name Grace alone describes the kindness, forgiveness and compassion she had for others, and all that is good in this world. Every life she touched has a story of how she made their lives better for being part of hers. Although life will never be the same for anyone who knew her, now that she’s gone we are forever blessed with her never-ending grace in our lives!

The family invites you to join them for a memorial service on Friday, November 4, 2022, at Christ Episcopal Church, 912 S. Beach Blvd, Bay St. Louis, MS.  Visitation in the church from 12:30-1:30, Service at 1:20-2:30. Reception immediately following in the Church Hall. Memorials may be made to her beloved Christ Episcopal Church in her honor.

Riemann Family Funeral Home, 141 Hwy 90, Waveland is serving the family. An online guestbook may be signed, and condolences offered at www.riemannfamily.com.

To order memorial trees or send flowers to the family in memory of Grace Santa Cruz, please visit our flower store.