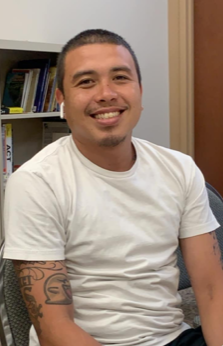 His family moved to Gulfport, MS in December 2004, to complete his dad’s retirement in the US Navy and decided to settle here instead. Gabriel graduated from West Harrison High School in 2011. He worked at Pepsi and Salute. He was on a gifted program from Oxnard, CA in 2001 and continued to Groton, CT, until 2003. Gabriel was on a football team in Groton, CT and awarded as an MVP. He played the violin, guitar and enjoyed basketball. His favorite things to do were shooting pool and being around people. If you ask anyone, they will say he was a people’s person. He will be remembered for his outgoing personality and big heart. Whenever you saw him, he had the biggest smile on his face. You couldn’t help but smile when you saw him, and it would be followed by a hug and a good time.

Our sincere thank you to all his friends who showed up at Jones Park for candle lighting in his memory, our family from California and friends from different states, their loving support, and prayers.

To order memorial trees or send flowers to the family in memory of Gabriel Lacson, please visit our flower store.