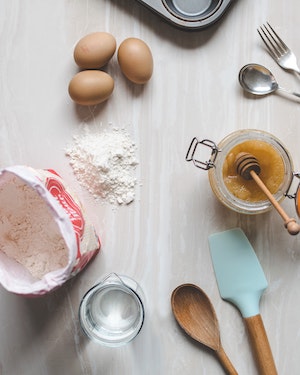 This information was gathered for an assignment in a class in spiritual companioning as part of becoming a spiritual director. It was given by Millsaps College in Jackson, MS. I spoke to her at a seafood restaurant in Gulfport, MS on June 30, 2019. We were part of a morning coffee group that met at the Edgewater Mall in Biloxi at least two days a week. I missed her birthday party three days earlier so the servers brought out a birthday cupcake. She was 83 years old, a Baptist, a widow, a volunteer at the hospital at Keesler AFB, Biloxi, MS (and other places), and I had been acquainted with her for about 13 years.

When she was a young girl, Frankie Elizabeth Parks attended a Baptist church with her father and mother in Dahlonega, GA. The high school she attended was one built by Henry Ford. She went on to a Baptist college which had two campuses; one for boys and one for girls. She told me about her extended family, their occupations and the history of the town. One of her cousins was instrumental in beginning NASCAR. Some of the first gold in the US was mined in Dahlonega. It was used on the gold dome of the state capitol in Atlanta.

After school, she left to take a job as an accountant, living with her aunt who owned a restaurant. Before she left home, her mother warned her not to talk to any soldiers who were stationed nearby. At her aunt’s restaurant, she sat next to a soldier who introduced himself and his name was James H. “Jim” Petty (1925-2003.) Frankie said it was the only seat left in the restaurant and she had to eat. Her aunt warned her to stay away from him. He had just returned from the Korean War where he had been a POW for 34 months. He was drinking heavily but, later on, he stopped drinking and asked Frankie’s aunt if he could ask her out. They eventually married and moved to Germany, then to San Antonio, TX. He was offered a job with an oil company and he retired from the military. They moved to Houston.

The next move was to Fort Worth, TX, then to Hattiesburg, MS, and then to Melbourne, FL. Upon thinking back, she thought she had perhaps left out moving to Jacksonville, FL and Hazard, KY before finally coming to Biloxi. Her husband was then in charge of 54 gas stations. One of the stations was where the Hard Rock Casino in Biloxi is currently. They were the parents of two sons. Dwight D. was born in Houston and James R. was born in San Antonio. Frankie’s husband was 10 years older than she and the boys were born 10 years apart. Her husband’s arthritis became too painful for him to continue working. He was 100% disabled when he retired from the service. His time as a POW had been spent in an area where it was often 50 degrees below zero and the prisoners were moved around often. He retired from the oil company and he and Frankie began community work. They funded several projects for Biloxi High School, funded transport for disabled men at KAFB, bought golf carts for retired servicemen, and bought a generator for the police department. They began bingo halls located from Biloxi to Moss Point which drew in about 200 people nightly.

Meanwhile, Frankie joined and helped grow a nationwide organization for the wives of POWs. She closed the last one locally in May, 2019 since there were only two of them left. Her husband James was born December 14, 1925 and died in January, 2003. Their older son, Dwight Douglas (1955-2009), died from hepatitis C which was probably contracted from a construction site. Their younger son, James Richard (1966-2014), died from squamous cell cancer.

We spoke for 2 1/2 hours. I thank God for such a wonderful lady. She lived these stories as she told them—my favorite was the story of meeting her husband and marrying him. She lit up like a young girl as she told it.

As for my own recollections, she was friendly, kind, and giving. She never forgot a birthday, gave Christmas gifts to all her friends, and asked about all their little troubles and illnesses. She was not judgmental. She spoke very little about herself. One time I will never forget was our trip to a friend’s birthday party after Hurricane Katrina. The roads were bumpy and there were no road markers. She safely drove us there and back as though she drove over rough and sometimes almost nonexistent roads every day.

To order memorial trees or send flowers to the family in memory of Frankie Petty, please visit our flower store.