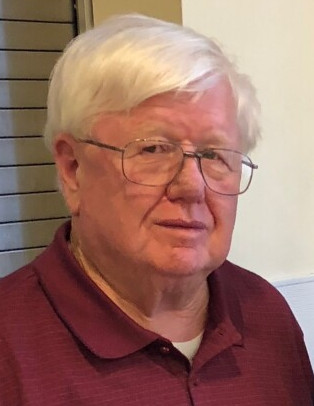 Mr. Glick was a native of Morton, MS. He was a resident of New Orleans for over 25 years. After retiring, he moved to Gulfport.  He graduated from East Central Junior College and then from Mississippi State University in 1968. He was a Transportation Manager for Westinghouse Electric Company, Hunt-Wesson Foods, New Orleans Cold Storage and for Schwegmann’s Giant Supermarkets.

He enjoyed fishing, classic movies and traveling with his wife.  They enjoyed multiple cruises visiting Hawaii, Alaska and over 20 countries.  Their most recent trip was to Australia and New Zealand. Frank also enjoyed grilling steak for  his family during the year and on the holidays, he was fondly refered to as "The Steak Master".  He was a member of the Traffic and Transportation Club of Greater New Orleans.

He was preceded in death by his parents, Frank Glick, Sr., and Irma Howell Glick.  Survivors include his loving wife of 54 years, Elizabeth Ann Glick; his daughters, Susan Pieno (Troy) and Kimberly Henry (A.J.); and his two grandchildren, Collin Henry and Kaleigh Henry.

Friends are invited to join the Glick family for visitation and services on Saturday, June 18th at Riemann Family Funeral Home, 11280 Three Rivers Road, Gulfport, MS 39503.  Visitation will be held from 9:00 until 11:00 a.m., with the funeral service to follow at 11:00 a.m.  Mr. Glick will be laid to rest at Southern Memorial Park in Biloxi.

The online guestbook may be viewed, and memories shared at www.riemannfamily.com

To order memorial trees or send flowers to the family in memory of Frank Glick, please visit our flower store.