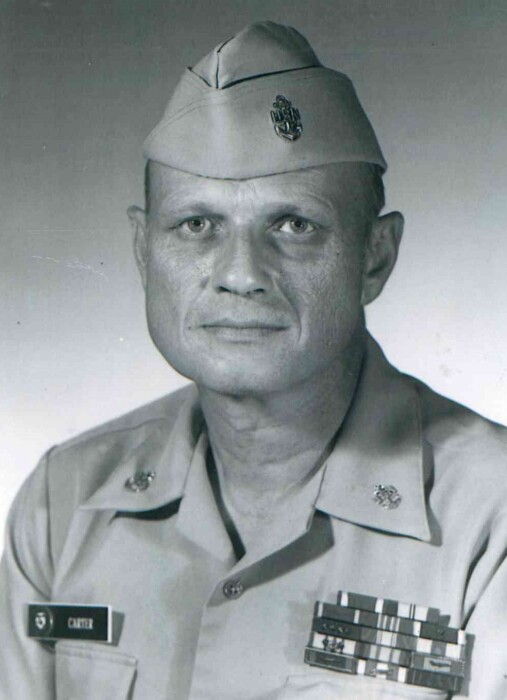 After his military service he worked at NCTC and DRD in Gulfport as an instructor. He stayed as a resident of Gulfport and attended St. John’s Catholic Church.

He is preceded in death by his parents (listed above); and sister, Debbie Patterson.

He is survived by his wife of 58 years, Linda Carter of Gulfport; son, Glenn E. Carter III of Gulfport; two grandsons, Ian Carter of Atlanta, GA, Elijah Carter of Long Beach; and nieces and nephews.

A private burial will be held at Biloxi National Cemetery. At his request, no services will be held.

Please disregard the flower store below. In lieu of flowers, please send a donation to your favorite charity.