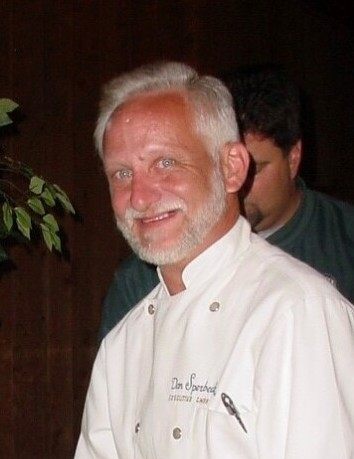 He was preceded in death by his parents, Fred and Carmella Sperbeck.

Dan was born on July 5, 1955 in Syracuse, New York. He graduated from Sandy Creek Central High School before attending Evangel University. He enlisted in the United States Navy and earned multiple honors at the Great Lakes Naval Training Station prior to being stationed at the U.S. Regional Medical Center in San Diego, CA as a hospital Corpsman.

Dan graduated from the San Diego Mesa College with a degree in Culinary Arts. He became a highly respected Executive Chef in Southern California where he managed several upscale restaurants and catering services. Dan married fellow USN Corpsman Janie Thompson in 1977 and together they relocated to Drew, Mississippi to raise their children, Jason and Amy. Dan operated several restaurants prior to working for Delta Pride Seafoods, where he pioneered state-of-the-art seafood preparation, handling, and packaging techniques.

Throughout his life, Dan volunteered to assist hurricane victims throughout Central America (Nicaragua and Honduras) and the Gulf Coast of Mississippi. After Hurricane Katrina destroyed their home, Dan and Janie remained fixtures in their neighborhood, with Dan volunteering to clear debris, mow lawns, feed workers and otherwise encourage a return to normalcy. Dan's lifelong passion, persistence, and dedication to others was legendary but no more so than in his Long Beach neighborhood, where he spearheaded a revitalization by building a new home and encouraging others to return.

In addition to his Master Chef credentials, Dan was also an accomplished marksman and hunter, traveling frequently to north Mississippi deer camps and to Alaska where he successfully hunted big game in remote wilderness venues with his brothers. His inspiring and amazing sense of humor, fiery passion, overwhelming kindness and heart of gold, genuine smile, and love of family will be greatly missed but never forgotten.

No services are scheduled at this time. Riemann Family Funeral Home, Gulfport served the family.

To order memorial trees or send flowers to the family in memory of Daniel Sperbeck, please visit our flower store.