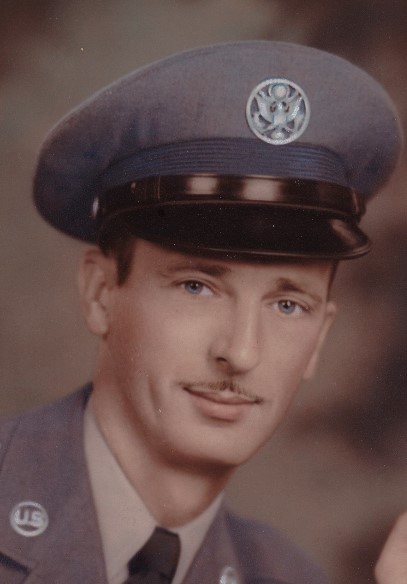 Jack was born December 10, 1927, in Catawba County, NC, and raised in Hickory, NC.  He was the son of the late Charles and Hattie (Poovey) Hedrick.  He was a graduate of St. Stephens High School. He was called to active duty in the Army Air Corp in the last draft of World War II at age 18. After the war ended, Jack reenlisted in the U.S. Air Force, retiring after thirty years as a Chief Master Sargent.

Jack was a loving, kind, and generous man who cared deeply for his family and friends. In his retirement, he enjoyed maintaining his large vegetable garden, sharing his bounty with family and neighbors. On October 1, 2013, he took part in the final Mississippi Gulf Coast Honor Flight to Washington DC to visit the World War II Monument. Jack was fiercely independent, living on his own until 10 days prior to his passing.

He is survived by his son, Charles Hedrick, of Gulfport, MS, his daughter, Samantha Raborn (Timothy), two grandchildren, Andrew Raborn and Amanda Meynard (Zach), and a great-granddaughter on the way, Avery Meynard, all from Diamondhead, MS, and numerous nieces and nephews.

A visitation will be held at 9:00 a.m. Saturday, December 10, 2022, at Riemann Funeral Home, 141 US-90, Waveland, MS, with the celebration of his life service starting at 10:30 a.m. with the Rev. Father Mike O’Connor officiating.  Internment will immediately follow the funeral at Garden of Memory Cemetery, 630 Central Ave, Bay St. Louis, MS.

The family would especially like to thank Dr. David LaRosa, Dr. Craig Dawkins, the 4B staff of Memorial Hospital, and the staff of Woodland Village for their love and care.

Memorials may be made to St. Jude Children’s Research Hospital, 501 St. Jude Place, Memphis, TN 38105 or a charity of your choice.

Online condolences may be offered at www.riemannfamily.com

To order memorial trees or send flowers to the family in memory of CMSgt Jack Hedrick, USAF, Ret,, please visit our flower store.