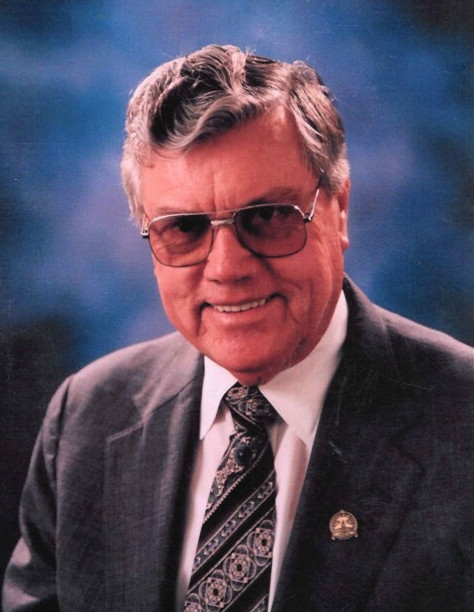 Charles H. Johnson, 88, of Diamondhead, MS, peacefully left this world for his eternal home with his family by his side on June 9, 2022.

He was born to John E. and Dolores Bourgeois Johnson on June 23, 1933, at King’s Daughters Hospital in Bay St. Louis, MS. He was a graduate of Bay High School.
In 1951 he married Gerald “Jerry” Samrow and began building a life together in Waveland, MS. After a short stint of employment with Ingalls Shipbuilding, Charles decided to embark on a new business venture.
Ten years later, Charles H. Johnson Inc., his own residential construction business, was born. Thirty-five years and 1,000 houses later, the better of which his son, Charles Jr., worked alongside him, the business was retired for a new venture.
Charles was an astute visionary, brilliant, business-minded and a strategic thinker. He was a man of action who possessed a contagious enthusiasm.
In 1968 he opened the doors to Universal Storage, Inc. with 12 units, growing to 1,000 units by 1998 and the father and son relationship continuing until Charles’ passing.
Charles’ larger than life personality lent itself to being actively involved and serving in various capacities of many organizations through the years. He was a lifelong faithful Catholic and member of Most Holy Trinity Catholic Church. His service of faith began in his youth as an altar boy. He served on the Finance and Building committees of St. Clare Catholic Church as well as chairing the annual church fair for many years.
Charles served as a director on Hancock Bank’s Board from 1977-2008, and a director for Hancock Holding Company from 1988-2008. He served as an alderman in the city of Waveland and served the following organizations:
Waveland Civic Association, Mosquito Control Board, National Self Storage Association (Director, Nomination Committee), Self Storage Association Southeast Region (Treasurer, Vice President, President), Mississippi Self Storage Association (formed along with Charles Jr.), Most Holy Trinity Men’s Club, Fin & Feather, The Shamrockers, Krewe of Nereids (volunteer), Krewe of Diamondhead (King Ali’i Honua - 1988), and Pass Christian Isles Golf Club (50 year member).
Charles’ many passions included classic cars. Over the years he owned a total of 25 antique cars. He was a charter registrant of Cruisin’ the Coast in 1996 and continued cruising for 25 years.
He immensely enjoyed traveling throughout United States over the years including trips to Alaska and Hawaii. His travels also brought him to Canada, Europe, and Central America. Charles especially enjoyed traveling with his family.
Charles’ greatest enjoyment was the game of golf! In his 50+ years playing, Charles had 5 holes-in-one, the 5th at the age of 82 and 8+ years post Parkinson’s diagnosis. He was an avid Saints fan from the inception of the team. Charles attended the first game at Tulane Stadium in 1967 and was a season ticket holder for 25 years.
He was preceded in death by his loving wife Gerald “Jerry” Samrow Johnson and beloved Lorraine Centanni Johnson, his parents Dolores Ladner and John E. Johnson, and great grandson Landon Michael Henson.

Funeral services will be held Wednesday, June 15, 2022 at Most Holy Trinity Catholic Church, Pass Christian, MS. Visitation will be from 11:00 am to 12:30 pm with a Mass of Christian Burial at 12:30 pm followed by a private family burial.
The family would like to express sincere appreciation to Kare in Home and Southern Hospice of Mississippi for the amazing and loving care given to Charles.
While every gesture of sympathy and care is deeply appreciated, support of The Lily Pad, P.O. Box 501 Madison, MS 39130 (thelilypadms.com) and Most Holy Trinity Catholic Church, 9062 Kiln Delisle Rd, Pass Christian, MS 39571(www.mhtcatholic.org) are especially meaningful to his family.
Riemann Family Funeral Home, Pass Christian served the family.
An online obituary may be viewed at www.RiemannFamily.com

To order memorial trees or send flowers to the family in memory of Charles Johnson, please visit our flower store.