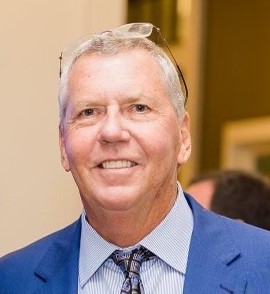 Chuck Cruthirds, 63, of Gulfport, passed away on December 3, 2022.  He was born on March 13, 1959 to the late Jack and Sibyl Cruthirds, and was a member of First United Methodist Church in Long Beach.  Chuck was preceded in death by his parents and his brother, Silas Ray Cruthirds, Jr.

Chuck had many hobbies and interests, but his greatest accomplishment in life was his only son, Ross.  Chuck founded Cresco, Inc. in 1988, and in 2019, watched proudly as Ross took over the business.  In September, Ross and his wife welcomed their son, Grady, into the world, and Chuck was over the moon.

Chuck battled cancer for years, but always kept a positive attitude and made time for everyone else.  He also had a wicked sense of humor that never failed, often playing the “cancer card” whenever it worked it to his advantage.

Chuck loved the Gulf Coast way of life, often enjoying boating, fishing, and crawfish boils. He enjoyed traveling the world with his wife, Frances.  Chuck was a principled man, and took pride in being a good father and a good friend. Becoming a grandfather was one of his greatest joys.

In lieu of flowers, memorials may be made to St. Jude’s Children’s Hospital or First United Methodist Church in Long Beach.

To order memorial trees or send flowers to the family in memory of Charles Cruthirds, please visit our flower store.