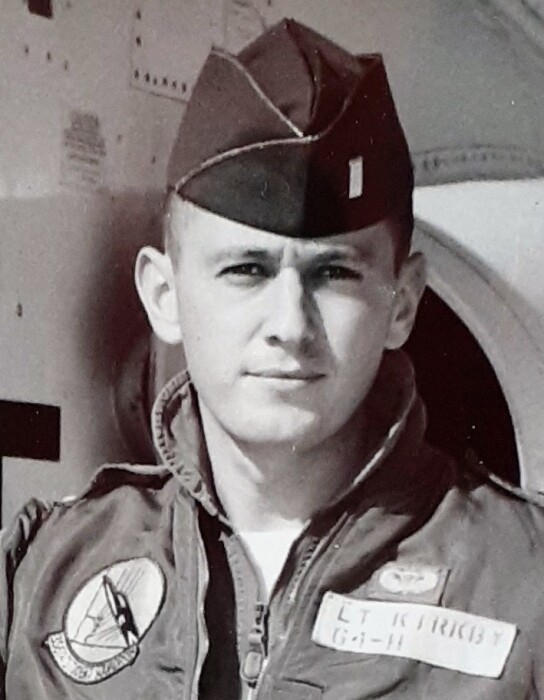 Joseph Trum Kirkby was born on May 4,1937, in London, England, to music hall and vaudeville entertainers. His father, Joseph Trum Nathan, a WW1 veteran, was a stand-up comedian, cartoonist, and caricaturist; and his mother, Patricia May Kirkby, was a dancer with the Tiller Girls of Manchester, England, predecessors of the Rockettes. They met and married in 1934 and performed throughout Europe. When Joe was 6 months old, they left Europe on a ship for New York City, where they continued to work in Vaudeville.

When Joe was five, his father died in Chicago on the family's way to Hollywood, California, to be in the "talkies". Joe, his mother, and his sister Jeannette returned to the Nathan family home in Brooklyn. His mother found work in New York with Bell Telephone, and he spent his early childhood on East 32nd Street in Manhattan. When Joe was about to start the fourth grade, Bell offered his mother a promotion if she would move to Gulfport, Mississippi. She accepted, and before they headed south, she changed the family surname from Nathan to her maiden name, Kirkby, to avoid antisemitism.

When Joe was seventeen, he enlisted in the army for three years, during which he became a paratrooper and was deployed to Lebanon. On the return flight to the United States, he befriended the pilot, who allowed him into the cockpit. From that point on, he was determined to be a pilot; but first he attended the University of Southern Mississippi, where he met and married his first wife, Susan Crais, of New Orleans, and earned a B.S. in Chemistry.

On graduation he worked briefly as a chemist at Seagram's in Cincinnati, where daughter Leslie was born, but he left Seagram's when he was accepted into the Air Force pilot training school. They moved to Big Spring, Texas, where daughter Stephanie was born. Joe trained as a F4 pilot and was deployed to Southeast Asia, where he flew a hundred night mission over Vietnam and was awarded the Distinguished Flying Cross.

After that he was based at Woodbridge Air Force Base in England, flying F4 missions in England and Europe. That time he also often deployed to Turkey and Libya and flew missions from there. During a test flight he had a hard-over rudder at very low altitude, his copilot ejected, at which time Joe's canopy malfunctioned during his ejection, causing him to break his back on impact. The copilot survived without any injury, but Joe sustained a disabling spine injury and was hospitalized for months. Upon return to the USA in 1969, he became a flight instructor and taught Vietnamese pilots at Keesler Air Force Base in Biloxi, Mississippi.  In 1970 he was offered a position as military attaché officer in Tunisia, and after French language training in Carmel, California, he moved his family again, this time to Carthage, Tunisia. After that he finished his Air Force career at Victorville, California.

He started civilian life by moving to the East Coast to be near his daughters. He went to graduate school at the University of Maryland and earned an M.A. in biology. He lived in Washington, DC, and became a member of Mensa. Joe became interested in sailing and bought and spent eight years restoring a classic Chesapeake sailboat named "Moro." He sailed thousands of miles on "Moro," sometimes with his 65-year friend Linda Hoff, but usually by himself, singlehanding.

After the passing of his mother, he decided to study Russian and made several trips to Russia and Ukraine. In the city of Odessa, Ukraine he met his second wife, Natalie Petrovska, who was his Russian teacher. They married in 2012 and settled in Gulfport, Mississippi, where they have lived for the past ten years. He loved BMW motorcycles, classic cars, vintage VW vans, watching movies, meeting with his MENSA friends, and monthly sushi dinners with his friends.

After being hospitalized for almost a month with pneumonia and a defective mitral valve, Joe died on Christmas Eve, 2022, at the age of 85.

He was preceded in death by his father, Joseph Trum Nathan; his mother, Patricia May Kirkby; and his sister, Jeannette Kirkby Breeding.

Burial will take place at Arlington Cemetery with full military honors at a later date.

In Lieu of flowers, please make memorial contributions in Mr. Kirkby's name to the American Heart Association - Simple Cooking With Heart Kitchen, 1100 East Fayette St., Baltimore, MD 21202. Or you may text bmorekitchen to 41444.

To order memorial trees or send flowers to the family in memory of Captain Joseph Kirkby, USAF (Ret), please visit our flower store.