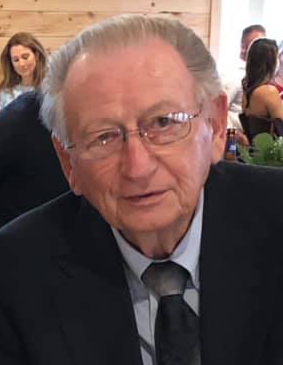 Benny was a long-standing member of New Hope Baptist Church in Gulfport where he was baptized in 1948. He spent his career working in quality control where he retired from General Electric in 1995. Benny was a car enthusiast, collecting and restoring antique cars for most of his life. He was a proud member of the Antique Auto and Engine Club of Mississippi (AAECM), where he once served as president. He was also 20-year volunteer of Cruisin’ the Coast. Benny was also known for his tender brisket and ribs that became part of his family’s Christmas tradition as well as a favorite of his neighbors and car club members. In the fall, Benny spent his weekends cheering on the Alabama Crimson Tide and his beloved New Orleans Saints. Benny also loved to spend his time hunting and fishing and listening to Ray Price. His family and friends will remember him for many things but none more poignant than his sense of humor, always telling jokes wherever he could fit one into a gathering. He was a proud father, grandfather, and great-grandfather and he will be missed by all who loved him.

The Husband Family would like to extend their gratitude for all the cards and letters over the last few months as well as the 4th floor nursing staff at Memorial Hospital, Kare-In-Home, and Bro. Matt Sachitano.

Friends are invited to join the Husband family for visitation and services on Thursday, June 30th, at Riemann Family Funeral Home, 11280 Three Rivers Road, Gulfport. Visitation will be held from 1:00 to 2:00 p.m., with the funeral service at 2:00 p.m.  Mr. Husband will be laid to rest at Allen Cemetery in Long Beach.

To order memorial trees or send flowers to the family in memory of Benny Husband, please visit our flower store.